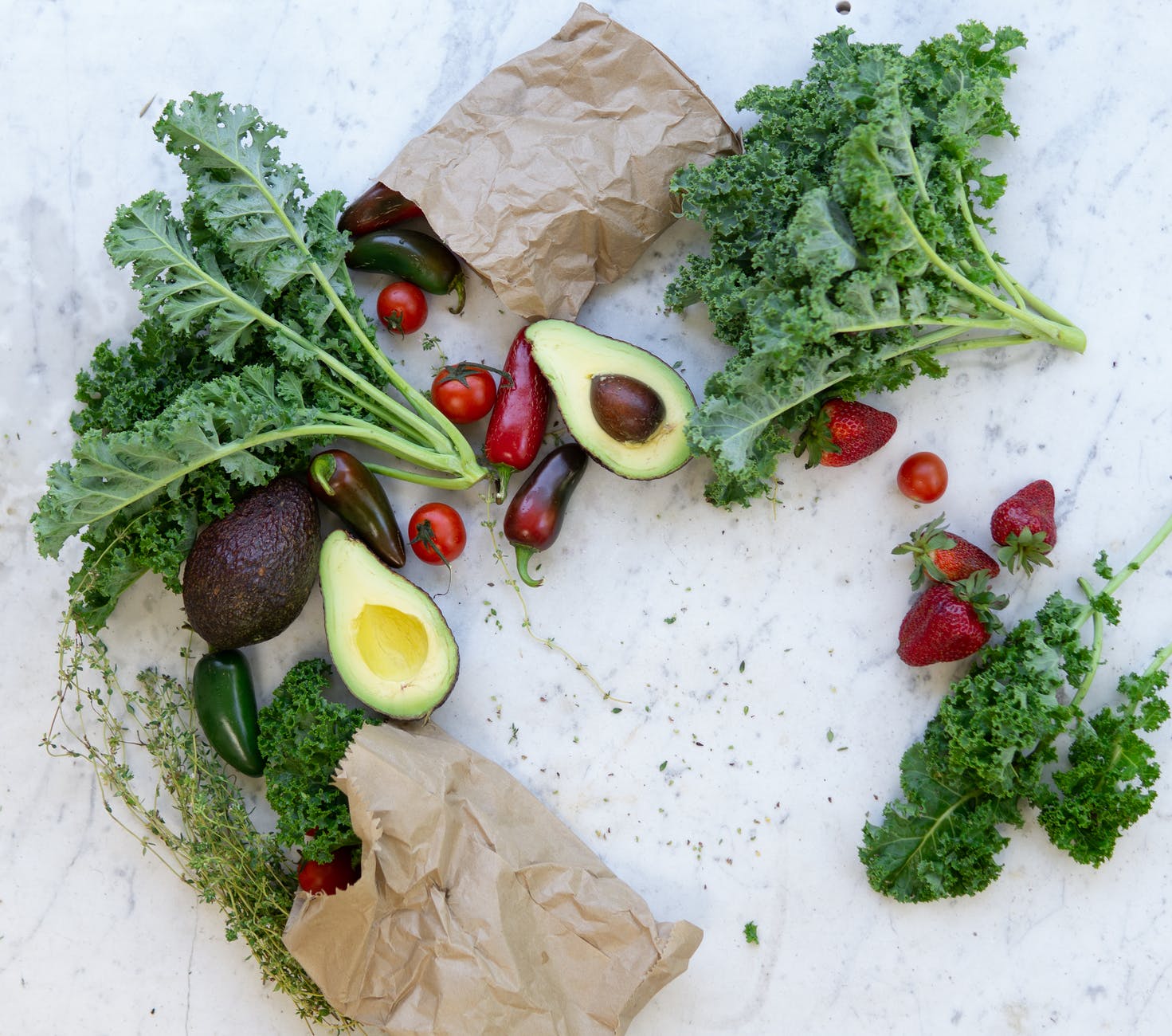 Kale has become an increasingly popular choice of leafy greens in the last decade. And why not? They’re a nutrient-dense veggie that can be paired with almost every meal. Sandwiches, pizza, pastas, soups, smoothies – you name it – you can integrate kale into all of them.

And while it’s fun to eat kale all throughout the year, in many places it doesn’t grow well outdoors. It’s a cool-season vegetable that can typically handle some frost in its adult form, but areas with more extreme cold weather temperatures aren’t always ideal for growing kale.

Instead of worrying about the time of year to plant kale, grow your own inside! You don’t have to worry about planting after the last frost. And if you live in a city or somewhere with less outdoor gardening space, growing kale indoors can be the perfect solution. These plants are surprisingly easy to grow inside, they can be a great way to supplement your grocery budget, and their many-shaded leaves can be the perfect accent for any home.

Let’s dive into the exciting world of growing kale indoors.

Growing Kale Indoors (In A Nutshell)

Here are all the things you’ll need to start growing kale indoors. We’ll break down these individually in the article. But here are the basics:

This green superfood is in the cole crop family of the species Brassica oleracea, and shares some similarities with non-heading cabbage, swiss chard. Only a decade ago, kale was mainly grown in the U.S. as a garnish on dishes, but this changed once we started to learn the health benefits of actually eating the leafy vegetable.

There are several varieties of kale – each with specific distinguishing features and sizes. One of the most common types sold in American grocery stores is called Common Curly Kale (or just curly kale), which has light green spines (the stem through the middle of the leaf), and rib (steps that run through the leaves). Check out these most common types of kale:

What Is Kale Good For?

This supreme leafy green has been called a superfood. And there’s a lot to be said for it. Kale has antioxidants, calcium, vitamin K, vitamin, C, vitamin A (a single cup will give you 200% of your daily requirement) fiber, manganese, copper, potassium, magnesium, vitamin B6 and more.

Here is the full list of nutrients in kale.

Whether you don’t have the space or you’re just craving a kale smoothie during the dead of winter, growing kale indoors is an ideal option. And many varieties of kale look visually appealing, so they can even work as a house plant. Not only this, but having kale inside means you can easily access your harvests without taking a trip to the garden. We like to keep our kale plants close to the kitchen.

Also, when growing kale indoors, you don’t have to worry as much about common kale pests, such as aphids, flea beetles, or cabbage worms. You may still get gnats or small flies, but those can typically be taken care of with a fly strip.

When planting kale seeds, it’s important that the you sow seeds from 1/4 to 1/2 each deep, according to the Old Farmer’s Almanac. Typically, you should use seed trays for germination that have drain holes. For the growing medium, use either a growing mixture that is designed for vegetables, or a soil-less medium like perlite or vermiculite.

When you sow seeds, only put a few of each seed in each container and cover them with about 1/2″ inch of the growing medium you’re using.

It’s important to keep your seeds warm during this period – close to around 70 degrees F. It can technically germinate as low as 48 degrees F, but lower temperatures will slow down the speed of germination.

You will need to thin the kale seedlings so that they are spaced out between 8 and 12 inches. Kale typically takes five to eight days to germinate from a seed. This can sometimes happen faster if you’re using a grow light that allow for more hours of sunlight.

How To Grow Kale Microgreens

Microgreens are a young edible green that are produced from a vegetable or herb. There has been research done to suggest that kale microgreens are an especially good source of potassium, calcium and antioxidants.

For kale microgreens, you’ll start with a container that you fill to the brim with soil, spray with water to make it moist, and then distribute seeds evenly across the top of the soil. You want to cover the entire surface with the kale seeds. Water the seeds lightly, and then cover them up with aluminum foil to keep out all the light.

After 3-5 days your kale seeds should have germinated and are ready for sunlight – or you can use an artificial light. You’ll want to continue watering them regularly, but not enough to develop mold.

You should be ready to harvest your kale microgreens just about 10 days after planting them. You can use a pairing knife to harvest these microgreens.

If you’re planning on growing the kale in a hydroponic garden, you would be better using a soilless growing medium suce as perlite or vermiculite. This would help keep the soil from getting into the water pump of the hydroponic system. Whatever growing medium you choose, you’ll be harvesting the leaves, so it’s important that your kale plant has access to a high amount of nitrogen.

Stay clear of using soil from your garden, which could lack proper nutrition or contain diseases that your kale will be susceptible to.

It’s important that you keep the soil moist when growing kale, as it grows quickly. It should never dry out fully.

Depending on the variety of kale you choose, the space needed indoors may vary. But even smaller varieties, such as Dwarf Blue Curled Vates, need a 12″ container per plant.  This is quite a bit different than other veggies, such as carrots, which could grow several plants at once in the same 12″ space.

When growing kale indoors, it should still receive full sun during the day – typically six hours or more, but it can also grow with partial shade, which is four to six hours during the day. One of the best places to get the needed light for your kale plants is in a south-facing window.

Don’t have a windowsill with access to six hours of light? No problem. Another option for a light source is to get a grow light. Grow lights can help you supplement your plants with natural light during the day.  This artificial light can be an excellent way to give the kale plant the much needed sun it needs.

Kale is a pretty hardy leafy green, but it’s most important that the correct temperature is considered when first planting seeds. The soil temperature for planting kale is aproximately 60-65 degrees. What’s more, kale can be grown at room temperature. That said, a bit of frost can actaually sweeten the taste of kale, so you may want to stick your plants outside if the weather allows.

How to Harvest Kale

Kale can be harvested periodically, taking the mature leaves off the plant, which allows the younger leaves to continue growing. The kale leaves will last up to 14 days if you place them in the refrigerator in a sealed plastic bag.

Kale can be grown in the comfort of your home. It’s an easy plant that you can raise without much time or effort, and it will be sure to provide you and your family with highly nutritious leafy greens throughout the year. Start growing kale today with these easy steps. So whip out your green thumb and get started today!