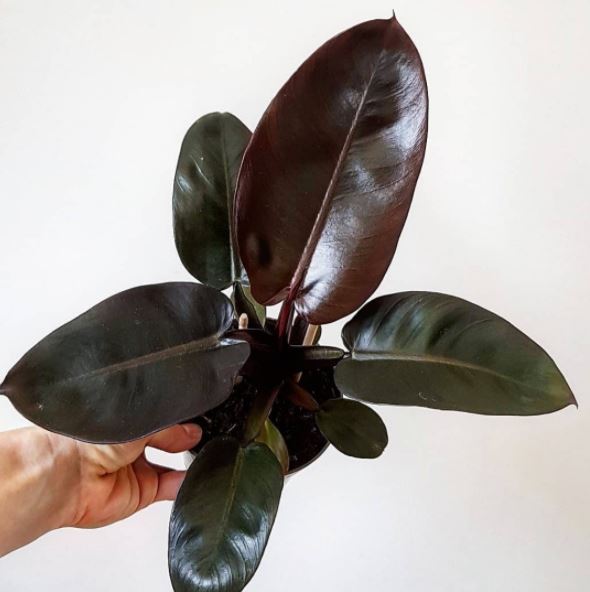 Philodendron Black Cardinal is a tropical and easy-to-care-for plant that can liven up any indoor garden and home. It’s also an incredibly striking plant that’s rare in the current plant market.

Let’s dive into the needs of this Blushing Philodendron, so you can easily raise this unique plant.

What Is Philodendron Black Cardinal?

Unlike most Philodendrons, the Black Cardinal is not a climber, so you don’t need to let it trail or train it on a moss pole.

The Blushing Philodendron belongs to the Philodendron genus and the Araceae family, and it comes from the frost-free regions of Central and South America and the Caribbean forests. In recent years, philodendron Black Cardinal has become a popular indoor plant, thriving in most households with high humidity.

It was released from Robert H. McColley’s hybridization program at Bamboo Nursery, Inc. in Orlando, Florida, which began in 1951.

Did you know that there are over 400 types of Philodendrons around the world. Here are some of our favorites to check out.

If you’re looking for a chance to get a deal on a Black Cardinal Philodendron, check this page on Etsy, which has some of the best options in the plant-growing space. They have a diverse plant selection that is sure to satisfy you.

A rarer version of the Black Cardinal has some interesting variegation. Check this page out on Etsy for some options.

As a mature Philodendron plant, the Blushing Philodendron grows to three (3) feet tall. Because of its height, light needs, and high humidity requirements, you can place it near a window where the sun’s rays won’t shine directly on the leaves.

When properly cared for, your Philodendron Black Cardinal can thrive inside. The Red-leaf Philodendron, which adores partial shade and has lovely leaves, wants relatively dry soil throughout the year.

Water the Blushing Philodendron when the top inch of the soil is dry. Similarly, this lovely plant needs bright indirect light to thrive in terms of lighting.

Check out the thorough care guidelines below for more specific advice.

Due to its light, water, and humidity requirements, the Philodendron Black Cardinal is often an easy plant to take care of. In order to grow this amazing plant, you must have adequate light and well-draining soil in your indoor garden.

Read on to see the specific needs of the Red-leaf Philodendron!

In terms of container size, a medium container or a pot large enough to hold this beautiful plant is generally acceptable. Drainage holes should be present in the pot. Make your own if there aren’t any.

Philodendron Black Cardinal does not like to sit in water and can quickly succumb to root rot.

I LOVE dark foliage plants. This is the Philodendron Black Cardinal in my own potting mix. Newly unfurled leaf is the light brown baby! This is the cheaper alternative to Philodendron Dark Lord and I’ll buy it when I have the mental and emotional capacity to spend hundreds on it. pic.twitter.com/4wSXkTFEew

To maintain your Philodendron Black Cardinal’s health and growth, you should provide new space in a unique pot when it gets a specific size. It’s particularly important to repot it when its roots have filled its pot.

Typically, you want to repot every two to three years or so.

Another reason to repot your Red-leaf Philodendron is if you think it has root rot, which can seriously damage or kill the plant.

For the Blushing Philodendron, well-draining potting soil is a suitable choice. Use sphagnum peat moss, peat-vermiculite, or peat-perlite if you make your own. Remember that Black Cardinal prefers a relatively dry growth medium, and your soil should accommodate this.

We recommend the following potting mixes: 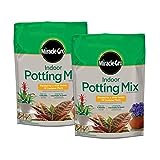 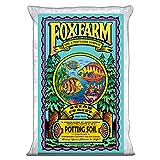 You’ll need a soil pH of roughly 5.5 to 6.5, which is neutral to acidic, for this Blushing Philodendron. If you’re concerned about pH, you may check your soil with a simple online pH test.

Relatively dry soil or potting mix is ideal for watering a Blushing Philodendron. Put your finger in the soil to get a better idea of when to water. When you notice the top inch of soil is dry, it’s time to water your Philodendron.

Overwatering is a common cause of plant death in the home. When in doubt, it is better to under-water the Blushing Philodendron than to overwater it. Additionally, you should always use soil that drains well and a pot with holes in the bottom.

The Black Cardinal prefers bright indirect light for approximately 6-8 hours a day. Too much light and its foliage may become pale or turn yellow. If you don’t have enough light, its stems will elongate and become leggy, and the leaves will grow with several inches between them.

Many indoor growers overlook the importance of fertilization, relying instead on water and bright indirect light. In the spring and summer, you should feed the Black Cardinal with a slow-release fertilizer.

Use water to dilute any fertilizer that is too potent for your plants. You only need to fertilize every three months during the winter months.

Here are various techniques for propagating this excellent houseplant.

One common option for propagating Philodendron Black Cardinal is called tissue culture propagation. Here is a quick video showing you how to do that with Philodendrons.

Plant Tissue Culture 101 | With Demonstration! | The 'Breaking Bad' of Houseplants!

Here are some steps to successfully taking stem cuttings and developing them in water.

To begin, you’ll need to take cuttings from your Philodendron. Cuttings taken from most plants should be 4 to 6 inches long.

You don’t want your cuttings to be too big, because they won’t root well or will become too lanky if they do root.

Cut the Philodendron stems just below the nodes using a sharp knife.

Remove any flowers and lower leaves but leave the top two or three on the Philodendron Black Cardinal cutting. Any part of the cutting that will be below the water’s surface should be free of leaves.

Place the cutting in a jar of water, and refill it every few days. The nodes of the propagated Philodendron should constantly be exposed to water to produce roots.

When the roots of your new Philodendron Black Cardinal are first developing, move the unique plant to soil. If you wait too long, it may not transition well to a pot.

The black cardinal Philodendron is a tropical plant, so it’s no surprise that it enjoys spaces with high humidity (around 70% or higher). With the right humidity, you’ll almost certainly be rewarded with larger leaves.

Although overall growth will be smaller, they can handle lower home humidity levels, such as 40-50%.

Warm temperatures are preferable for your Blushing Philodendron plant, but it can thrive in a temperature range of 65-78 degrees Fahrenheit.

Like many tropical plants, this popular houseplant doesn’t blossom very often, but its striking leaves make up for it. New leaves are a magnificent burgundy crimson when they appear, then become dark green before maturing to black.

This great plant filters airborne toxins such as formaldehyde, benzene, xylene, ammonia, and trichloroethylene from the atmosphere. However, they are poisonous when ingested.

Keep an eye out if you have small children or animals. This Philodendron is dangerous to both pets, such as cats and dogs, and people. If ingested, the following symptoms can be expected: burning sensation and swelling of the lips, mouth, throat, and tongue.

It may also cause skin irritation, so use gloves when handling this plant.

Pests, Diseases, And Other Problems

The Philodendron Black Cardinal is not particularly resistant to bugs, issues, and diseases. Here are some of the most common problems you should look out for.

Aphids can eat and mark the leaves, resulting in dark brown or black patches on the surface.

To get rid of aphids, use an insecticidal soap or neem oil, or make your own with a fragrant-free dish detergent. Combine the soap and water in a small amount (starting with 1 teaspoon per gallon and increasing as necessary). Treat both the tops and undersides of the leaves.

If you notice mealybugs, first take a cotton swab, immerse it in rubbing alcohol, and wipe it over the oval-shaped leaves.

As a preventative spray, I recommend using Neem oil combined with water as a base.

Proud of my Philodendron Black Cardinal though pic.twitter.com/Jxq3k2ydgr

Your Blushing Philodendron may be getting too much sunlight or not enough humidity if the tops of its leaves begin to turn brown. Start by moving it a foot further from its light source. If you’re still seeing issues, introduce a humidifier near the plant.

If the whole leaf is turning brown or has spots, check out this guide on Philodendron diseases.

If the Philodendron Black Cardinal is infected by mealybugs or downy mildew, drooping leaves can occur. That said, overwatering and improper fertilization are also common causes of drooping leaves.

The Blushing Philodendron can turn yellow for a variety of reasons. A lack of sunlight or too much or too little water could be to blame.

Pruning out yellow leaves will encourage new growth and keep the deterioration at bay.  A pair of sharp, sterile shears or a pair of scissors can be used to remove the leaves.

For the Blushing Philodendron, a serious threat is root rot. Over-watering or under-draining potting soil are common mistakes made by indoor gardeners. Root rot can be caused by either of these two factors. This disease can be very difficult to treat, so prevention is always preferable.

To avoid Philodendron Black Cardinal root rot, simply keep a close eye on how much water the plant is consuming.

There are hundreds of Philodendrons out there, and you should try them all! Here are some fan favorites. Use the link to see our growing guides.

Philodendron Burle Marx – If you want to create a tropical and exotic atmosphere in your house, this low-growing shrub with glossy green foliage is the way to go. This low-maintenance plant will liven up your space.

Philodendron Hederaceum: This plant looks wonderful as a hanging plant to exhibit anywhere you wish because of its long, creeping tendrils. Ideal as an indoor plant, this lovely heart-shaped beauty brings in that tropical atmosphere all the time.

Philodendron Prince of Orange – This vibrant plant gets its name from its brilliantly colored leaves, which emerge in a deep orange-bronze hue that develops to salmon.

Philodendron Gloriosum: The leaves of this beautiful plant are enormous, heart-shaped, and have distinct veins that become more visible as the plant grows older.

With its glossy bronze to deep black foliage, the Philodendron Black Cardinal is a great accent plant for your home. It’s easy to grow this low-maintenance plant, too, if you follow our instructions.

Is your Philodendron Blushing? We’d love to take a look! Pictures sent to devri@twopeasinacondo.com will be considered for publication on the blog.

link to 29 Incredible Philodendron Rio Care Tips You Should Know

Philodendron Rio is a unique and easy-to-care-for plant that will add some pop to any indoor garden. This houseplant has a distinct appearance and vibe that indoor gardeners love. We'll go through...

Philodendron Brandtianum is a tropical and easy-to-care-for plant that will add some pop to any indoor garden. This houseplant has a distinct appearance and feel that indoor gardeners love. We'll... 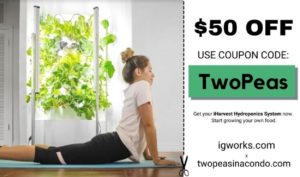