Aeroponics Vs Hydroponics: A Look at Both Growing Techniques 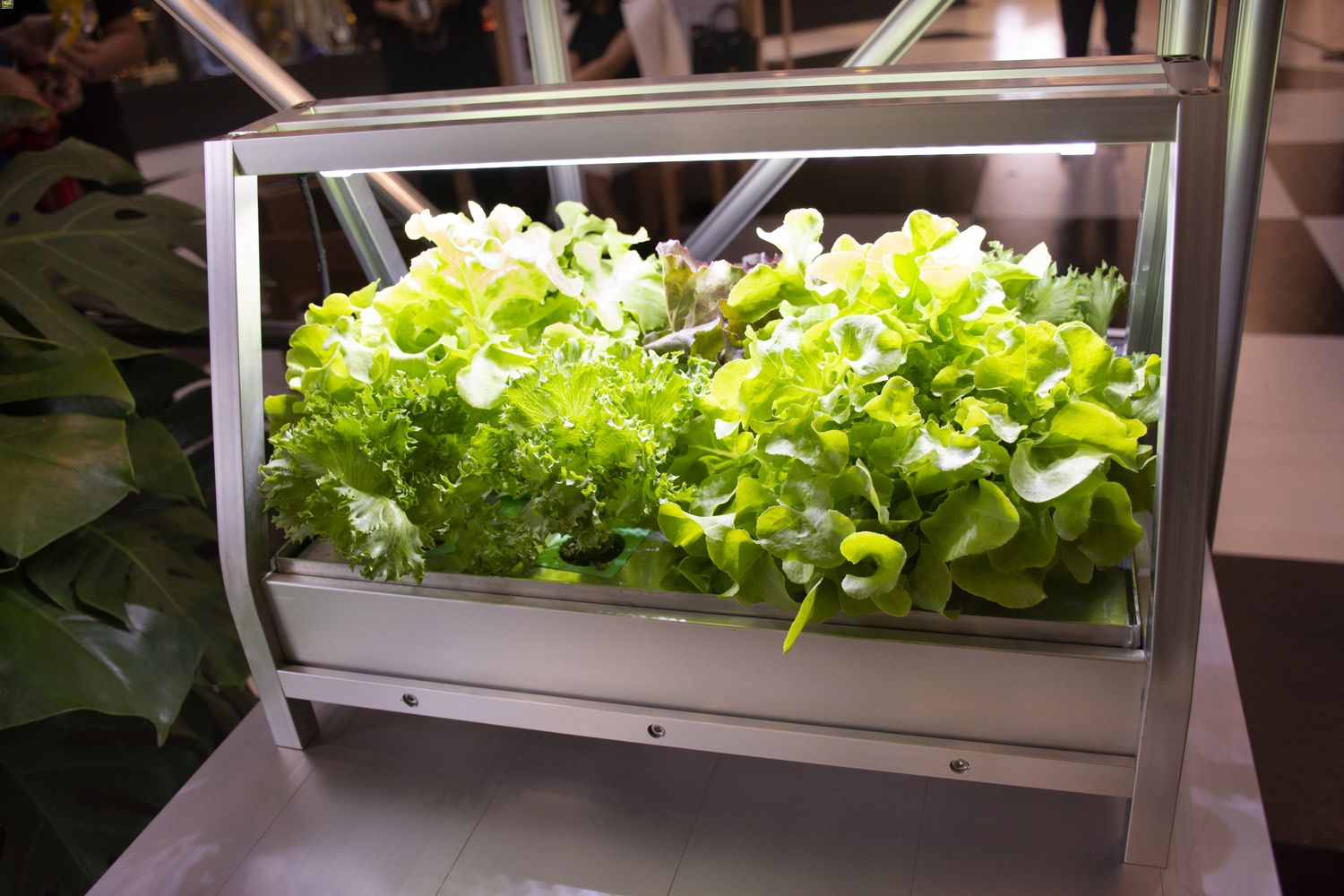 There is a lot of confusion around the differences between aeroponics and hydroponics. Let’s take a deep dive into the differences, similarities, pros and cons, and discuss the best option for your garden.

Aeroponics is a method of growing plants and vegetables without soil or any other growing medium. When growing aeroponically, the plant is suspended with the plant’s roots exposed, and then sprayed with a fine mist of nutrient-rich solution.

Aeroponics allows you to be efficient with both your time and your natural resources. The plant’s root system receives more oxygen than their ground-living counterparts, as well as faster nutrient delivery, causing an incredibly quick rate of plant growth. And, according to NASA, aeroponic systems reduce your water usage by up 98%.

Hydroponics, on the other hand, is the process of growing vegetables or plants without the use of soil. But it can use another growth medium, like Rockwool, coco coir, perlite or vermiculite. When growing hydroponically, a nutrient-rich water solution then flows into the plant medium and is quickly absorbed by the plant.

What is the difference between hydroponics and aeroponics?

Aeroponics is typically considered to be under the umbrella of hydroponics (as is aquaponics), but there are a handful of key differences between it and any other type of hydroponics.

When using a hydroponic method, your plants are traditionally either submerged in a trough of nutrient-rich water or a regular flow of water is running through the growing medium. With aeroponics, the root zone is fed with a pressurized mist of nutrient-rich water. This spray is set on a timer (at least for high-pressure aeroponics), while with most forms of hydroponics the plants or growing medium are consistently in contact with water.

If there’s ever a power outage or problem with your equipment, the pumps on your hydroponic system – aeroponic or otherwise – could shut off. A temporarily dead pump on most hydroponic systems isn’t a big deal, and the plants will likely be fine as long as the nutrient solution begins flowing again soon. For aeroponics, though, the plant’s roots are exposed and can quickly dry out and die without getting a regular spray of water.

With aeroponics, you don’t have a growing medium to keep the plants in place. To secure them, you’ll either need to use clips, foam sheets or even boards with holes. In other forms of hydroponics, plants are held in place with a variety of growing mediums, such as Rockwool.

Hydroponics in all its forms, including aeroponics, is great options for faster plant growth in an eco-friendly way. That said, there are certain hydroponic methods that are easier than others. A simple hydroponic system can be set up with minimal effort or skill.

Aeroponics, though, requires a system that sprays pressurized water upon your plants’ roots – often on a timer. If you’re planning to build your high-pressure aeroponics system, you will need to consider the pressure, the pump, the hole that sprays the water, as well as a way for keeping the plants in place and keeping the water contained.

Even if you go the route of buying an aeroponic system, you will still need to regularly test the nutrients, monitor the plants, keep the system functional, etc. It can be a complex task for gardeners who are new to hydroponics.

High-pressure aeroponics (HPA) is the more effective, and debatably the purest form of aeroponics. It requires the nutrient-rich water mist solution to be sprayed with high pressure – at least 80 PSI through a small hole – causing an incredibly fine mist (We’re talking microscopically fine). The direct access to the root system improves the rate of nutrient absorption. Misting is set on a timer and then sprayed at intervals of three to five minutes.

Low-Pressure Aeroponics (LPA), much like it sounds, refers to using a lower level of pressure to mist the plants. Typically, this system can be easily built using a sprinkler head, some tubing and a pump. While not as effective as HPAs, it’s still a good option that’s relatively easy to construct yourself.

Aeroponics is a highly sophisticated way to grow plants, but like all methods, there are some pros and cons to consider. We’ll start with the good news:

Historically, agriculturists have mainly used soil for growing plants. But there have been advancements in technology and research that show some growing alternatives to using soil.

Growing mediums that are not made with soil are great for transferring nutrients and lack unwanted additions, like fungus, diseases, pests, or a number of pathogens that could be found in garden soil. Most hydroponic systems use these non-soil growing mediums.

Similarly, when growing with an aeroponic system, you don’t have to worry about soil pathogens, because the plant roots are left exposed.

I don’t want to be the guy that criticizes dirt, but when you grow your plants in regular soil, there are a lot of factors that can slow or inhibit your growth. Here are some of the downsides of growing in soil.

Alternative growing mediums, such as a commercial soilless mix are excellent options for either containers or most hydroponic systems. Unlike the soil, they don’t generally have diseases, insects, weeds or anything else unsavory living inside. Instead, they drain water incredibly well and are made up of materials like perlite, vermiculite, coconut coir, sphagnum peat moss.

And again, for the aeroponic system, there’s no need to choose which growing medium is best for you. Your roots will be just fine without being surrounded by dirt or anything else.

Aeroponics is one of the most misunderstood methods for growing plants, and yet it grows plants quicker than other forms of hydroponics and requires less water. And while it may take a little more upfront investment or engineering know-how, it’s a great option for the seasoned grower.

Have you had an experience with Aeroponic systems? Let us know about it in the comments.